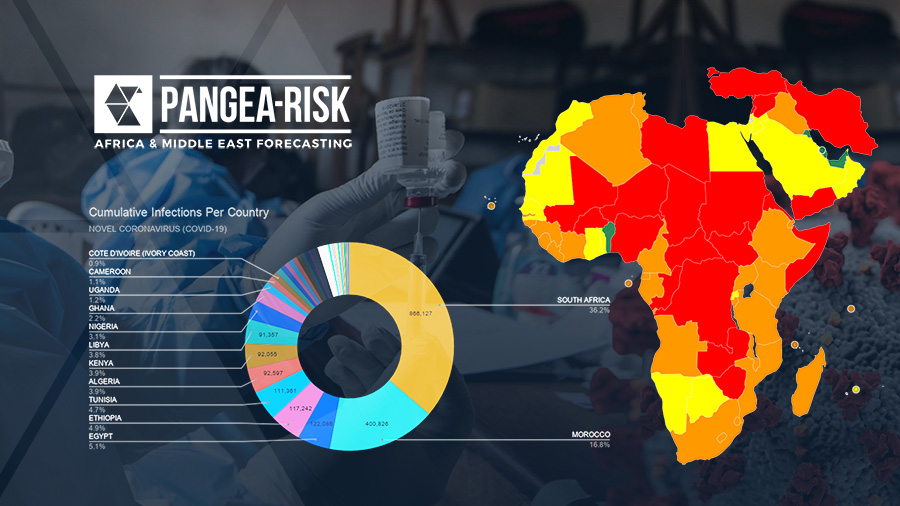 The first COVID-19 vaccine rollouts in Europe and North America have prompted expectations of an impending return to “normality.” However, as low- and middle-income countries struggle to secure access to vaccines, the prospects for a vaccine-driven economic recovery in Africa remain distant. Moreover, supply chain issues and vaccine hesitancy remain prominent challenges for the continent.

On 8 December, the first doses of a fast-tracked COVID-19 vaccine were administered to recipients in the UK, marking the start of a series of public vaccination campaigns expected to roll out across North America and Europe in the coming weeks and months. The vaccine, developed in a partnership between pharmaceutical firms Pfizer and BioNTech, has been approved by health authorities in multiple states, and is scheduled for public distribution in the US and Canada in the week starting 14 December.

In addition to the Pfizer-BioNTech vaccine, several other COVID-19 vaccines are currently in the final phases of clinical testing. A vaccine produced by Moderna completed its final testing phase in November and is currently pending approval in a number of countries. AstraZeneca, in partnership with Oxford University, has also concluded the final testing of their vaccine, which has been certified as safe with an average efficacy of 70 percent.

With an array of other vaccines likely to hit their final development phases in the coming weeks and months, hopes have risen of a swift global recovery, no less on the African continent. While much of Africa appears to have thus far evaded the type of acute public health crises suffered by many states in the global north, the impact of COVID-19 has nonetheless been severe. In many African states, COVID-19 restrictions have corresponded with a dramatic decline in economic activity, a surge in poverty rates, and increased demands on social welfare mechanisms. As such, the distribution of a COVID-19 vaccine across the continent is not only a crucial step in protecting vulnerable population groups and averting the collapse of healthcare systems, but also to alleviate socio-economic pressures and stimulate economic recovery.

PANGEA-RISK assesses the prospects for equitable universal access for the vaccines and the challenges to distribution in Africa and broader vaccine hesitancy as key implementation obstacles. Generally, few African states will recover to their pre-pandemic economic stability in 2021. 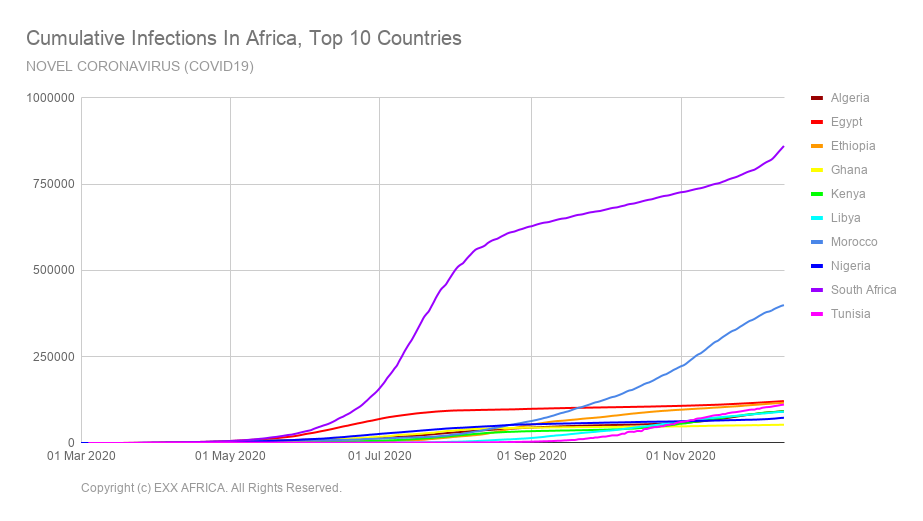 The next major challenge for vaccine producers will be to scale up manufacturing capability to meet the immense global demand. The World Health Organisation (WHO) suggests that 65 to 70 percent of the global population needs to be vaccinated to attain herd immunity from COVID-19, requiring billions of vaccine doses. Accordingly, Pfizer-BioNTech aims to produce 1.3 billion doses over the course of next year, while AstraZeneca expects to produce three billion doses within the same timeframe. However, even with these production estimates, a recent analysis by Oxfam indicates that sufficient doses of a vaccine to cover most of the world’s population are only likely to become available by 2022.

The limited quantity of vaccine and high global demand means that low- and middle-income countries in Africa are being forced to compete for access to vaccines with wealthier states, who have used their ample public resources to secure their own vaccine supply by engaging in direct deals with pharmaceutical firms. For instance, almost all promised doses of the Pfizer-BioNTech and Moderna vaccines have already been purchased by North American and European states. This means that Africa, with no domestic vaccine development programmes or vaccine manufacturing capability, is likely to be among the last regions to receive a sufficient vaccine supply.

The leading initiative working to ensure more equitable universal access to vaccines is the COVID-19 Vaccine Global Access (COVAX) facility, co-launched by the WHO, the Coalition for Epidemic Preparedness Innovations, and Gavi, the Vaccine Alliance. COVAX facilitates access to pooled state and donor funding to procure vaccines for lower and middle-income countries, aiming to attain a vaccine coverage rate of 20 percent in these states. By December, 172 countries had signed on to the initiative, including 80 high-income donor states. A group of vaccine manufacturers are also reportedly supporting the initiative, including AstraZeneca, which it has pledged to supply “hundreds of millions” of doses to the COVAX facility.

Nonetheless, COVAX’s 20 percent baseline is intended to cover only the most vulnerable population groups in order to reduce strain on the healthcare system. The first recipients in this group are therefore likely to constitute front-line healthcare workers, people over 65 years in age, and those with significant underlying co-morbidities. Obtaining enough doses to attain herd immunity will present a much more significant challenge, especially with the limited financial resources available to most African states. For instance, while AstraZeneca is contractually obligated by Oxford University to sell the vaccine at a cost price of USD 3, Moderna’s vaccine has been priced at USD 37 per dose. Pharmaceutical firms have not responded to appeals from developing states to waive intellectual property rights in favour of facilitating broader access. 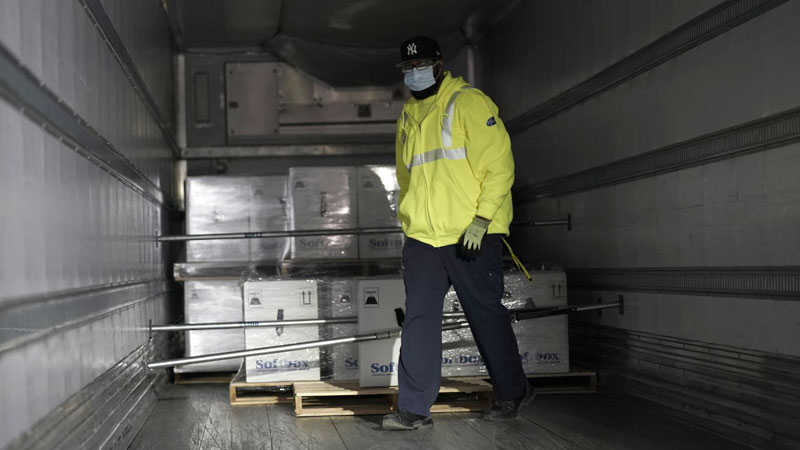 While procurement processes which favour wealthier economies mean that African countries are unlikely to have access to a sufficient vaccine supply in the short- to medium-term, most African states are also not yet equipped to handle the scale of a vaccination distribution programme which needs to cover 60-70 percent of their population. In many states, the cost of such a vaccination campaign is likely to be an immense burden on already-strained national health budgets. Indeed, the WHO estimates that the cost of providing COVID-19 vaccine coverage in Africa to vulnerable population groups alone stands at between USD 5-7 billion.

Current vaccination programmes on the continent are largely either targeted at children, or towards specific vulnerable areas, institutions, or persons, as in the recent Ebola vaccination programme in the Democratic Republic of Congo. As such, in addition to the cost of vaccine procurement, new systems of distribution and infrastructure will need to be set up, and transportation and storage facilities may need to be equipped with specialised refrigeration systems, which remain uncommon in most states. For instance, while AstraZeneca’s vaccine can be stored at normal refrigeration temperatures, the Pfizer-BioNTech vaccine requires storage at -70˚ C. A lack of access to reliable electricity infrastructure in many regions also presents an impediment to vaccine storage, where a failure of refrigeration equipment may mean the loss of vaccine supply.

In the cases of the current leading vaccines, their effectiveness also depends upon the administering of a follow-up dose, which will require a further layer of logistical and administrative arrangements. Moreover, it has not yet been determined for how long the vaccines will provide protection from COVID-19, necessitating the long-term monitoring of vaccine recipients. It is possible that re-vaccination on an annual basis will be necessary to maintain efficacy or address potential mutations in the virus, much like the seasonal flu vaccine. 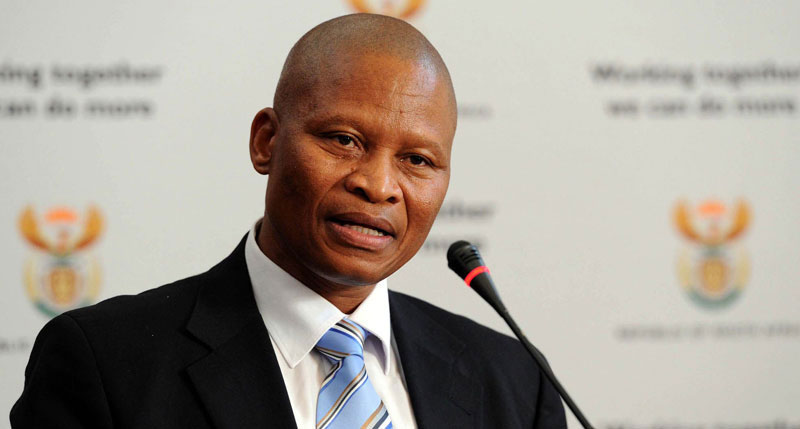 Vaccination programmes are also likely to face challenges stemming from widespread anti-vaccine sentiment. Attitudes towards vaccines across Africa are diverse and driven by a complex array of factors, and vaccine hesitancy may stem from misinformation or a lack of knowledge. For instance, a key element in shaping vaccine attitudes in many regions is the degree of trust that the public holds in government institutions. As such, in countries where perceptions of the state administration tend to be negative, state-run public education initiatives may be insufficient to cultivate broader acceptance and adherence to vaccination campaigns.

These issues are further compounded in fragile states and conflict areas, where state weakness and insecurity due to militancy or crime is also likely to impede the establishment of vaccine distribution systems, particularly where militant or organised criminal groups overtly oppose vaccination campaigns. For instance, in north-eastern Nigeria, the Islamist militant group Boko Haram has repeatedly conducted attacks targeting health workers engaged in a polio vaccination campaign and actively discourages local residents from seeking vaccination.

Even in more stable African states, religious views have clouded judgment on vaccine efficacy. In December, South Africa’s Chief Justice Mogoeng Mogoeng shocked many when he said during a prayer, mimicking conspiracy theories found in anti-vaccination circles, that some vaccines were “of the devil” and were manufactured to corrupt people’s DNA.

Given the range of variables and uncertainties involved in estimating the timeline of a vaccine roll-out across Africa, the prospects for a post-vaccine economic recovery remain unclear. Much depends on the success of co-operative funding mechanisms, and whether technological and manufacturing expertise is more widely shared. Under the current trajectory, many African countries are unlikely to get underway with the first phases of a vaccination programme until mid to late 2021 at the earliest. For example, South Africa is expected to be one of the first African states to embark on a public vaccination drive and is set to take delivery of its first vaccine doses in mid-2021. Many poorer states may only receive their first batches of vaccine in mid-2022. As such, across much of the continent, any economic boost resulting from a vaccine roll-out will most likely only begin to be felt in 2022 or 2023.

More generally, African countries with more diversified economies and sound fiscal and monetary policy will be able to withstand the pandemic better than others that continue to rely on sole export revenue generators such as tourism, extractives, or soft commodity exports.

Nonetheless, vaccine rollouts elsewhere in the world may carry some peripheral benefits for African economies. For example, many African countries may make the decision to further ease travel restrictions to tourists and business travellers from wealthier states where vaccination programmes have been more broadly implemented. In these cases, the entry requirement to present negative COVID-19 test results may be supplanted by proof of a COVID-19 vaccination. Extractive industries in particular, which often rely on the frequent rotation of international staff, are likely to benefit from this improved mobility.

In the interim, while the spread of COVID-19 has been difficult to predict, in November the Africa Center for Disease Control in Addis Ababa noted with concern an apparent resurgence in cases across the continent, flagging South Africa, Kenya, the Democratic Republic of Congo, and Egypt as hot-spots. In the face of another potential COVID-19 wave and in the absence of any immediate relief in the form of a vaccine, African states will be forced to rely on whatever tools they have available to keep case numbers and deaths down. This is likely to include the use of further restrictions, such as lockdowns and travel bans.